Android to be used for U.S. Army’s Mobile Battlefield Network 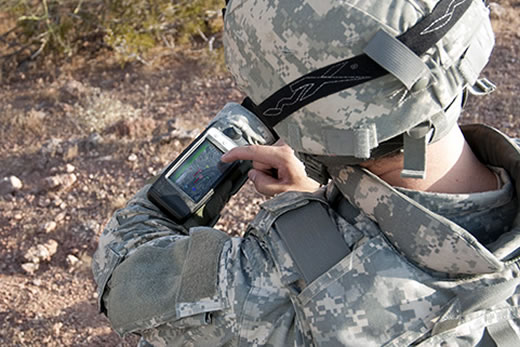 Android to be used for U.S. Army’s Mobile Battlefield Network

Android Platform will host Government Mobile Applications in the Future

The U.S. army is currently testing the first Joint Battle Command Platform (JBC-P) handheld device which leverages a government owned Android based framework which soldiers can use during missions of combat. At the same time, reports indicate that the Army has also assigned their Software Engineering Directorate to develop the framework of new mobile applications which will be interoperable with each other and existing mission-command systems that are deployed.

During the same time of all these new developments, the Army is also currently testing prototypes for new Smartphone devices which are expected to weigh about two pounds per device. Currently the debate which many program managers are having is whether to use a commercial off the shelf Android Smartphone device or a government model Smartphone device. In the meantime, the mobile application software that is being developed is tailored to run on a variety of different Android platforms and the devices will also have the ability to communicate via different military radio networks, including the Army’s Joint Tactical Radio System as well as Marine Corp radios.

The Army is set to test these devices and mobile applications in October during a Network Integration Rehearsal hosted by the 2nd Brigade. The event will be the first in a series of four that will culminate in a Brigade Combat Team Network Evaluation at the end of 2012. The Army has already been testing the distributions of Smartphone’s with custom mobile applications to soldiers both in the classroom and on the battlefield through the Connecting Soldiers to Digital Applications (CSDA) project.