What will be the shape of Mobile App Business tomorrow?

If we look at the growth in the mobile communication market retrospectively, then there are two clear-cut partitions; the Pre-Smartphone Era and the Post-Smartphone Era. Yes, the introductions of touch-screen phones transformed the industry like never before!

Statistics says that it is the market where you can’t make any business forecast based on the previous year’s data. Every year, there is something remarkably different and special. It results in a great movement in the business graphs.

Consumer statistics of the mobile apps show the similar trends. It is a market that clocked unbelievable growth year after year. Experts believe that the winning rally is going to continue for a long time. 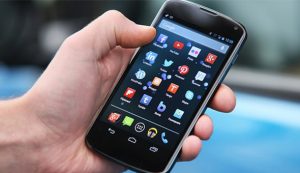 Statistics with respect to the global scenario

Since the number of Smartphones is increasing worldwide, it is quite obvious that the mobile app penetration will also increase at a great rate. App stores of Android and Apple platforms have more than 4 Million apps in toto. It is expected that the number will rise with a great percentage in the coming years.

Not only the number of apps, but the app usage is also increasing year after year. App stores and App developers have understood that apps play a big role in the day-to-day life of consumers. Therefore, they come out with user-friendly and interesting apps.

Companies earn a lot of revenue by selling the apps. Whether it is a one-time cost of downloading or recurring usage cost; it adds to the top lines of app development companies.

To underline the enormous growth potential, we need to look into a few demographics.

All these figures create a promising and encouraging picture for app developers. People get motivated to conceptualize, develop and market applications that are unique, useful and engaging.

A few things that will change the rules of the game

Looking at the stats, the future looks brilliant as far as app usage is concerned. However, the application development companies are supposed to keep a close watch on the changing trends in 2017. An application that fails to incorporate the dynamism will lose the market share quite fast. Hence, it is inevitable to get the pulse of the market.

It is quite obvious that the coming years will be highly interesting and full of excitement as far as mobile apps are concerned. Other important things such as increasing use of GPS will trigger a substantial growth in GPS-based apps in future. The market seems to get a tremendous momentum in the coming years.

As the apps become highly sophisticated and full of features, the supporting devices will also have to improve further. Without hardware support, no application can perform optimally. Thus, there will be an overall increase in the mobile market which is a good indication.

2 Responses to What will be the shape of Mobile App Business tomorrow?